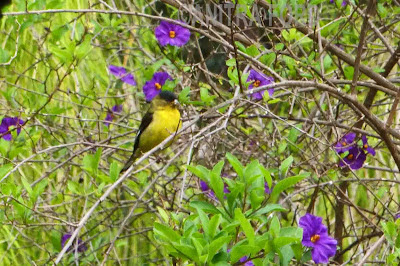 Though I've never considered myself a big city person -- I like open spaces, vacant lots, room to breathe -- I wound up living in L.A. for my career. And except for the year or two that I returned to my home town of Manhattan Beach, I spent the better part of 20 years in Tinseltown. The pace and size of Santa Barbara suits me better than L.A., but when I return for a visit, or a periodic cat-sitting stint, I never fail to find delight in this diverse metropolis. 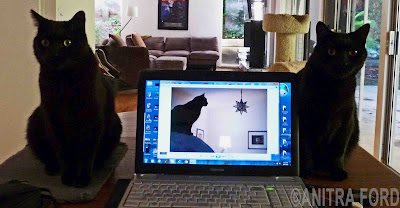 Which brings me to the fact that I house sat for my daughter, Erin, recently, and her four cats (two of which you haven't met until now.) Along with the incomparable Charles, and the elusive Ruby, Erin has two black cats: Frank and Joey, who are litter mates. They're mellow, lovable saps, without the complexities of a high-strung Abyssinian, or a skittish feral Tortie. Frank and Joey are an affectionate team -- brothers through and through. 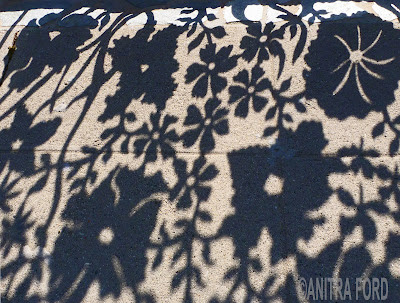 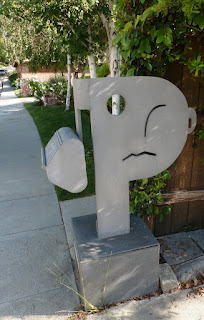 While Erin and her husband went to the desert for a get-a-way, the four cats kept me hopping, and it was a refreshing change of pace from my Santa Barbara day-to-day. At Erin's, I delighted in the steady stream of goldfinches that clustered on her thistle-filled bird feeder. On walks around her neighborhood, I spotted a beautiful sidewalk shadow and a mailbox inspired by Man Ray. Later, at a friend's house in Benedict Canyon, I got lost in the liquid shapes and colors of his koi pond. 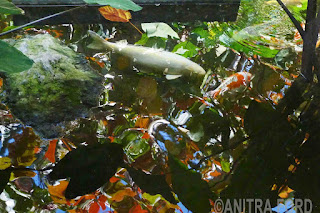 At one point Erin called from Palm Springs to tell me about an art exhibit she'd seen. It was one of the many exhibitions connected to "Pacific Standard Time", a widespread retrospective of Southern California artists from the 50s and 60s. The six-month-long event, which was just winding down, had been celebrated at scores of galleries and museums from San Diego to Santa Barbara. The exhibit she attended had been at the Palm Springs Art Museum, which she found to be first class. There, she viewed artworks by David Hockney, Ed Ruscha and Dale Chihuly. Last but not least, she described a photo gallery in the museum, displaying themed photos of scenic swimming pools. In the gallery, she found a pedestal encased in Plexiglas. Under the Plexiglas were three magazines. One of them, a Saturday Evening Post from 1964 . . . and guess who she found on the cover? 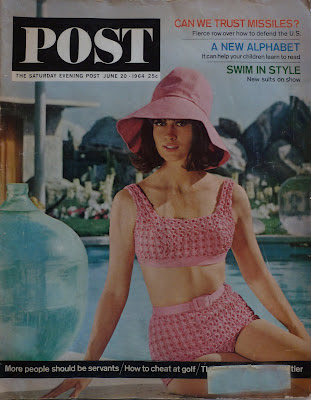 **Have a wonderful Memorial Day! I'll be back on Father's Day and again on my regular date of June 20th
Posted by anitra at 11:18 PM 30 comments:

My mother had gowns -- dazzling gowns -- that she kept in a trunk in our garage. They were keepsakes from when she'd been an actress on the stage. She had satin gowns and beaded dresses, as well as feathered fans and boas. Each piece as stunning as a Bob Mackie design. Retired from her acting days -- and a full-time wife and mother -- Mom let me play with her stage wardrobe.

A little girl of age seven and skinny as a twig, I donned her shimmering clothes. And in boat-sized high heels, trying to keep my balance, I clopped across the patio. Holding the hems high, I lifted my shoulders tall and pretended the gowns fit. And as I waved my hands and spoke with an invisible prince, I dreamed of a day in the future when I might really wear those kinds of clothes.


With memories of my mother, Cleo, and her effervescent spirit, I want to wish all of you Lovely Readers a beautiful Mother's Day. 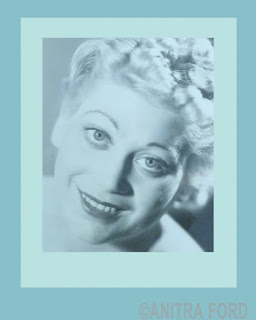