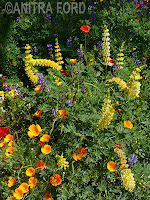 Last year at this time, I began to notice more vintage cars on the road. Now, with spring in full swing, I'm seeing these relics again. I imagine that many people with vintage cars have more than one vehicle, and in the way that spring displays its splendor (birds fluffing their feathers, flowers bursting with color), I've come to think that vintage car owners too are moved by the season. 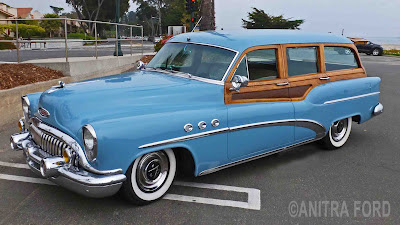 Yesterday, I had a day chock-full of chores. To bolster myself for the tasks, I did something uncharacteristic: I began with a breakfast biscuit from Jack in the Box. From there, I stopped at Office Max and picked up printer ink, I then swung by Ace Hardware to gather bricks for a new shelf for my bookcase. After that, I drove into the heart of Santa Barbara and stopped at The Bead Store, hoping to find a small fleck of coral for the missing eye of a brass owl. 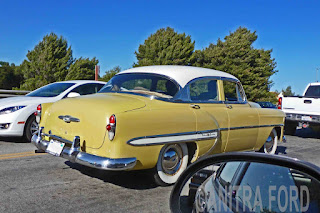 At this point, with half my chores crossed off the list, I headed uptown to tackle the second half. As I drove up Santa Barbara Street, approaching Alice Keck Park -- on this gorgeous temperate day of 74 degree weather -- I began to daydream about stopping and taking a stroll. I pulled over. 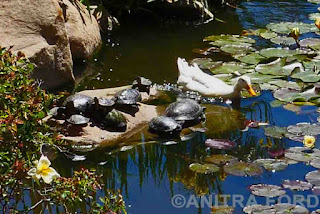 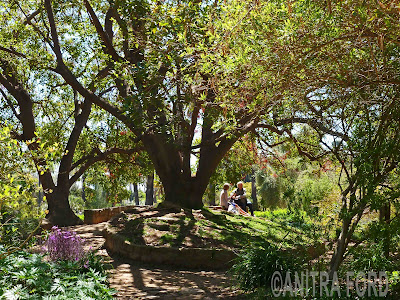 In the park, I wandered past turtles sunning themselves on the rocks and couples enjoying lunch beneath the trees. By the time I returned to my car, even though my "to do" list was still clamoring with hungry expectation, I began to wonder, "What if I take an instant vacation? What if I jump ship on my list of things to do?" And with that, I got back in my car and began to meander. I coasted along the elegant streets of the Upper East Side passing Spanish-style houses with tile roofs, two-story Victorians and stately Craftsman homes. Ultimately, I wound up at the Rose Garden on Plaza Rubio, across from the Santa Barbara Mission. 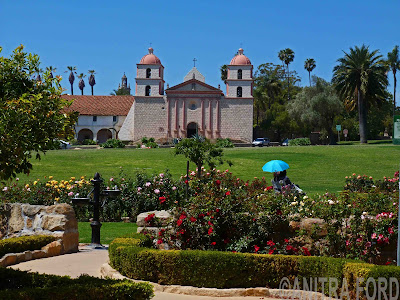 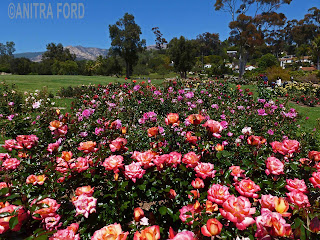 After last week's rain, the Florabundas were in full bloom. And so I stood there, gazing into a sea of roses -- and in time, what else could I do but dive in. 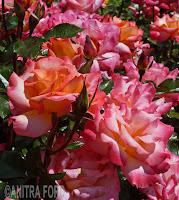 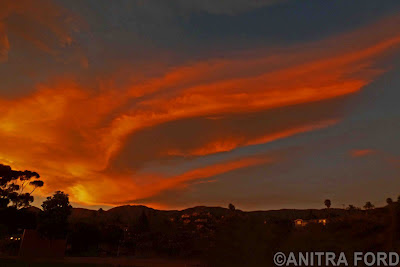 At this time of the year, in the full bud of springtime, it becomes especially clear to me that every day is a gift.

To me, now, the air itself is enough, gives me all the information I need to know that every moment is gold, and to hold it all, everything that is arising, expressing and dissolving, with reverence.

Have a beautiful day, ~ Aneet